Pasterski, now 22, has already graduated from M.I.T.; she is now a Ph.D. candidate at Harvard. Much like her predecessors Stephen Hawking and Albert Einstein, Pasterski explores the complex nature of gravity, spacetime, and black holes. The out-of-this-world physics brain lists many skills on her bare-bones website, physicsgirl.com.

Sabrina Gonzalez Pasterski is an American physicist from Chicago, Illinois. She is a first generation Cuban-American who completed her undergraduate studies at the Massachusetts Institute of Technology (MIT) and is currently a graduate student atHarvard University. She is studying String Theory and High Energy Physics. Pasterski was 12 when she co-piloted FAA1 atAirVenture.At 21, Pasterski introduced Harvard to ‘the Triangle’ and the Spin Memory Effect, completed ‘the Triangle’ for E&M at MIT and then, at 22, during a Harvard Faculty Conference, spoke about whether or not those concepts should be applied to Black Hole Hair. She has received job offers from Blue Origin, an aerospace company founded by Amazon.com’s Jeff Bezos, and the National Aeronautics and Space Administration (NASA).

Many profound minds have taken note of Pasterski and her undeniable genius. Nima Arkani-Hamed, a Princeton professor who won the inaugural $3 million Fundamental Physics Prize, told OZY that he’s heard “terrific things” about Pasterski from her advisor, Harvard professor Andrew Strominger. Jeff Bezos, one of Pasterski’s role models, has lauded her achievements and granted her a standing offer to join Amazon whenever she is ready.

On her preference to avoid booze, cigarettes, and boys, Pasterski says, “I’d rather stay alert and hopefully known for what I do, and not what I don’t do.” She plans to continue her work in physics as long as possible. “Physics itself is exciting enough. It’s not like a 9-to-5 thing. When you’re tired, you sleep, and when you’re not, you do physics.” All we can say is we want to be friends with this girl

Is a county of the Nyingtri Prefecture in the Tibet Autonomous Region of People’s Republic of China. Chinese claims include parts of Arunachal Pradesh, south of the McMahon Line, what was casus belli for the 1962 Sino-Indian War.
Medog has a favourable climate caused by the relatively low elevations in parts of the county (down to just 600 m above sea level in the Yarlung Zangbo river valley)

The area is lush and covered with trees and includes the Medog National Animal and Plant Reserve Area. It has more than 3,000 species of plants, 42 species of rare animals under special state protection, and over a thousand hexapod species.
Mêdog used to be the last county without a permanent road access in China, due to the landscape of being surrounded by several high-elevation mountain ranges. A first, simple road was built in 1970s, nevertheless it was usually blocked by ice and snow on the mountains in the winter, made it only a seasonal access. In December 2010, the Chinese government announced a project of renovating the road into a permanent highway from Bomê to Mêdog County,[2] including excavation of a new tunnel under the mountain range. The renovation was completed in 2013. Alert, in the Qikiqtaaluk Region, Nunavut, Canada, is the northernmost permanently inhabited place in the world, 817 kilometres (508 mi) from the North Pole.Its permanent population was reported as zero in the 2011 census, but military and scientific personnel on rotation were present. It takes its name from HMS Alert, which wintered 10 km (6.2 mi) east of the present station, off what is now Cape Sheridan,

Alert has many temporary inhabitants as it hosts a military signals intelligenceradio receiving facility at Canadian Forces Station Alert (CFS Alert), as well as a co-located Environment Canada weather station, a Global Atmosphere Watch(GAW) atmosphere monitoring laboratory, and the Alert Airport. Shortly after the end of World War II, Charles J. Hubbard began to rouse interest in the United States and Canada for the establishment of a network ofArctic stations. His plan, in broad perspective, envisaged the establishment of two main stations, one in Greenland and the other within the Archipelago, which could be reached by sea supply. These main stations would then serve as advance bases from which a number of smaller stations would be established by air. 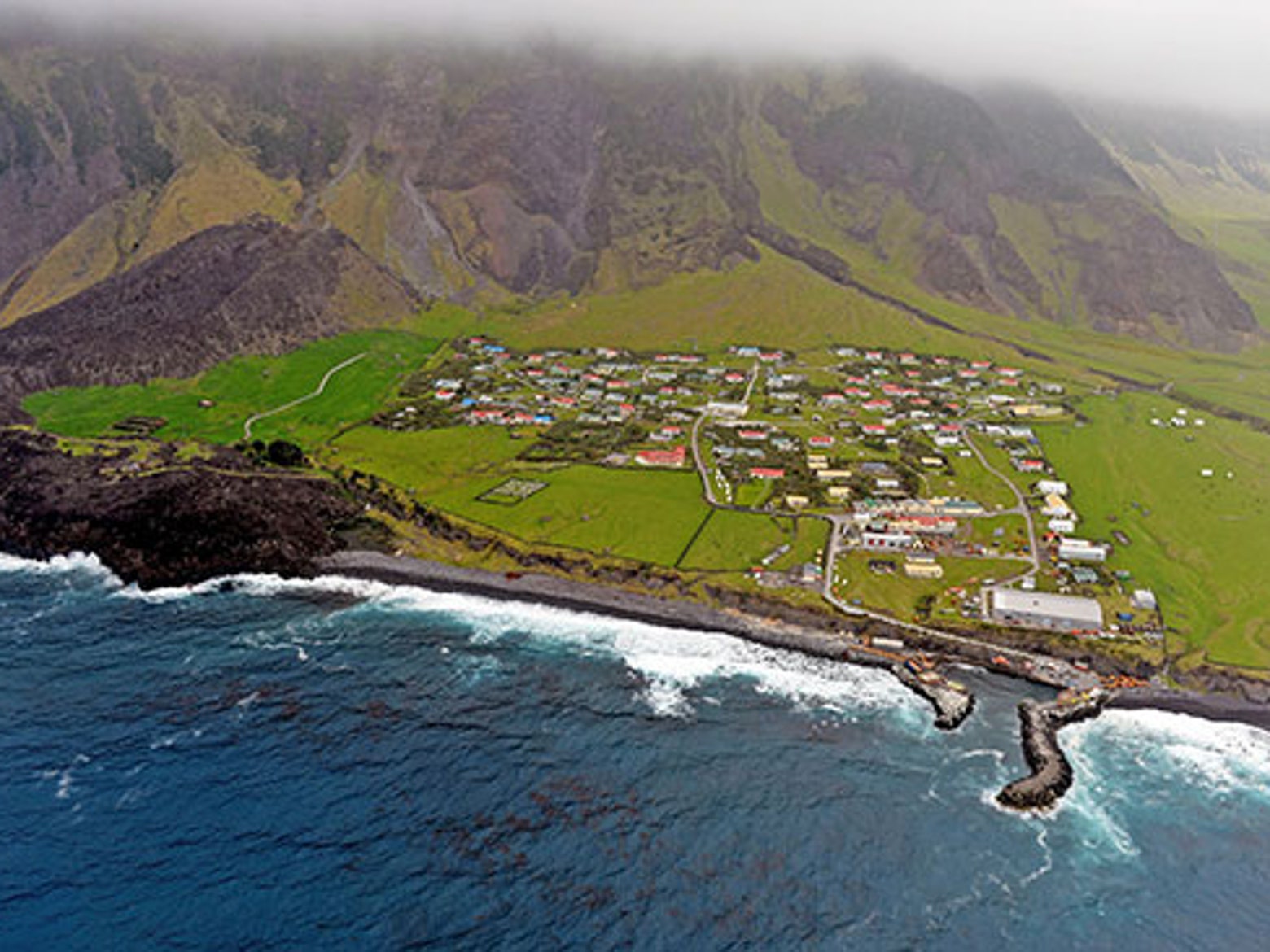 Located quite literally at the bottom of the world, Antarctica is naturally one of the most remote places on Earth. Though there are no permanent residents in the frozen region, the continent does house seasonal researchers and scientist.
The McMurdo Station, located on the northern tip of Antarctica, is the most populated research centers, with close to 1,200 scientists working in the area. Though extremely isolated from neighboring countries, there are three airstrips in McMurdo, which means the inhabitants can easily access the region, as well as many modern amenities.

If you think the name is hard to pronounce, try being one of the 500 people living in this desolate area. The village is located on the eastern shore of Greenland and is just north of Iceland. Greenland’s the one with all the ice, so the water surrounding the town are frozen almost year-round, making access to the region via boat near impossible. Furthermore, the small airport on the island rarely hosts flights.
The majority of the population lives off hunting and fishing, with polar bears and whales the most commonly hunted animals.